The technology of the specialised MP-Bus network for Belimo drives is nothing new for a seasoned HVAC engineer. Five years ago, the AMiT company introduced universal communication converters between MP-Bus to RS485 – DM-MPBUS for the proprietary ARION protocol and DMM-MPBUS for the MODBUS RTU protocol. Let us now introduce the new unified converter – DM-MPBUS2. Not only does it support both communication protocols but it also features LEDs that indicate the state of MP-Bus network peripherals.

MP-Bus was developed to facilitate communication for a master-multislave network and for controlling up to 8 HVAC devices (heating, ventilation, air-conditioning). The most common devices thus controlled are servomotors, control valves and VAV (variable air volume) units. The interface as such consists of three conductors – power (24 V), ground (GND) and data (MP) (power and communication share one cable). There aren’t high requirements for the MP-Bus network topology – it can be linear, star, ring, tree or a mix of the previous topologies. 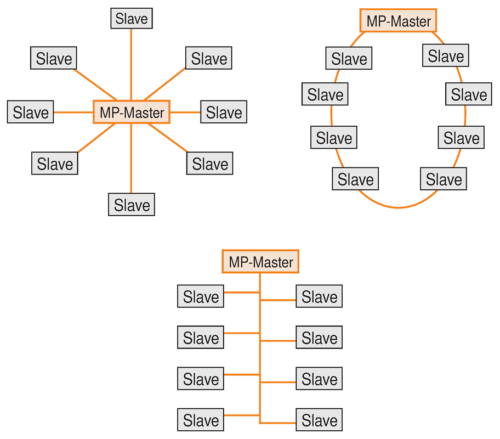 Belimo drives feature a connector for a single sensor e.g. a passive resistance sensor (Pt1000, Ni1000 or NTC), an active sensor (output 0-10 V) or a contactor. After connecting it to the drive, the analogue signal is converted to digital data and shared via the MP-Bus network with the superior control system.

Data transfer between the master and peripherals is not limited to various control process values – e.g. values measured by thermistors. The bus can be just as easily used to gather operation data, current settings or alarm statuses.

The aforementioned properties are useful especially for the following aspects of automation projects: 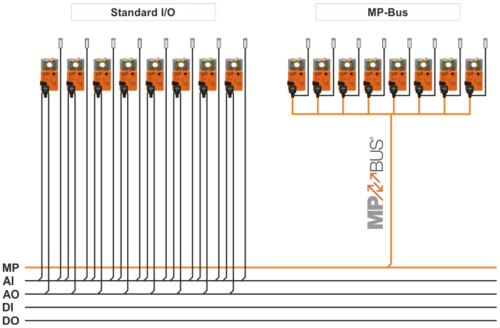 DM-MPBUS2 serves for connecting the MP-Bus network to control systems with the RS485 interface using either the MODBUS RTU protocol (up to 115 kBd) or the proprietary ARION protocol. The RS485 side of the line is galvanically isolated, the MP-Bus side is not. MP-Bus network communication is ceaseless and independent from the MODBUS RTU/ARION network communication. The status of the MP-Bus network is evident from the state of the eight indication LEDs located on the converter. Each LED indicates whether the corresponding peripheral was detected and whether it is communicating.

Among other data, the following can be obtained from the communication registers of the converter for every peripheral: 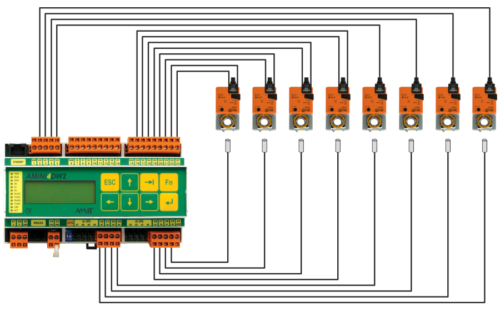 Example of standard topology e.g. for control of heating lines. 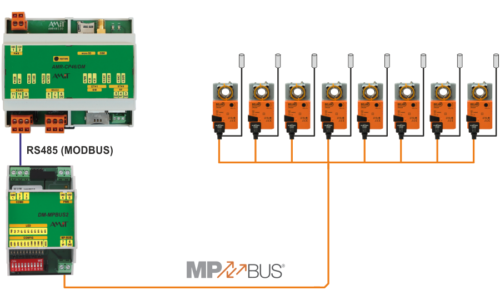 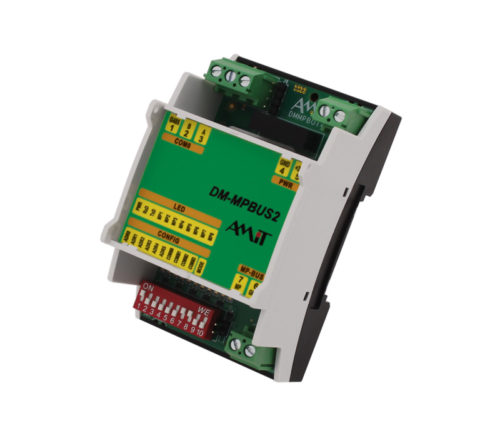