With the release of the new development environment version DetStudio ver. 2.0, certain control units type AMREG acquired properties of classic control systems. Moreover, programming these units became much more simple, effective and comfortable. This new functionality is particularly prominent in the control system ACOS200 and in control terminals of the series AMR-OP87.

In the autumn 2018, we introduced a new unit AMR-CP40 to the market that we presented as a communication unit of the AMREG series. With support of the new DetStudio 2.0, we promoted this product to a full-fledged control system without its own inputs and outputs. Its main use, similarly as in control terminals, is in applications with remote inputs and outputs via communication protocol MODBUS. AMR-CP40 is also perfect as a superior unit of a subnetwork of control systems or AMREG programmable controllers.

Check out more information on control units of the series AMR-CP4x. 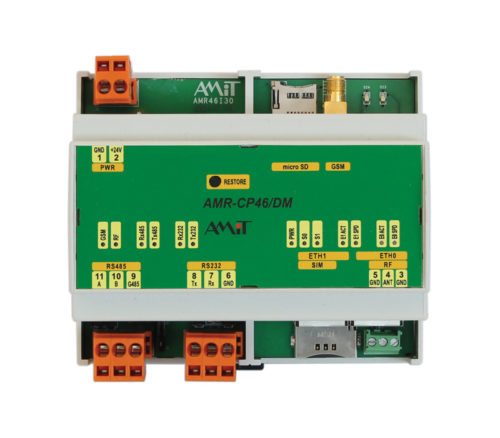